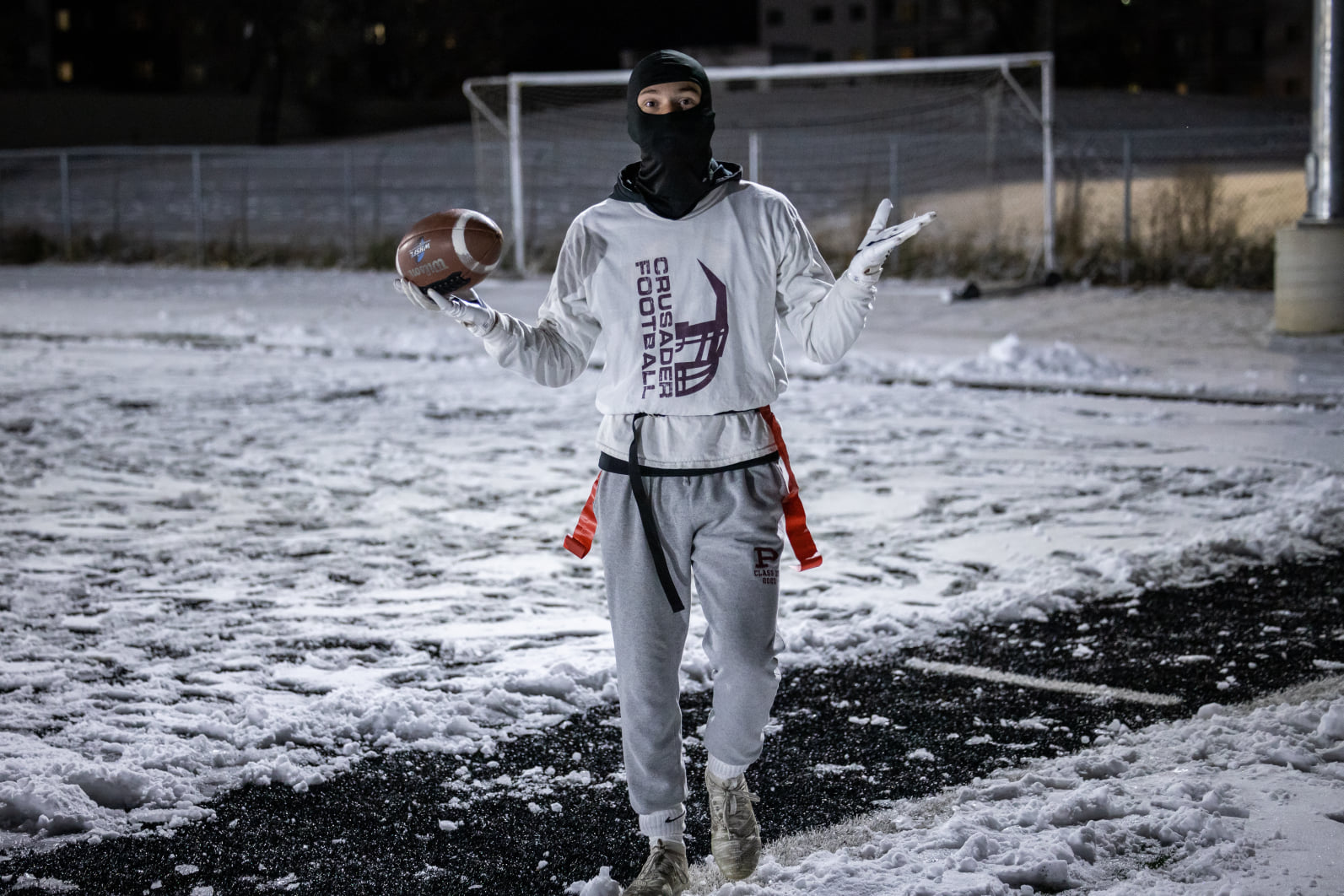 Long-snapping is an integral aspect of football. With reference to punting, a mistake in delivery provides the opposition with a prime opportunity for points, potentially resulting in the turning point of a contest. It’s a specialized skill that, like any other position on the field, takes time, patience and dedication.

Furthermore, long-snapping provides athletes an opportunity to contribute to the game outside of being a starter on offence or defence. If you’re not the biggest or strongest player, or you’re sitting behind someone who has more experience, special teams supply an outlet to develop your game while still making an impact.

Plenty of local athletes have used long-snapping to help further their career at the next level. Recent examples include St. Paul’s alums Mike Benson and DJ Lalama. Benson recently signed with the Winnipeg Blue Bombers, and has been an effective long snapper at the pro level for close to a decade, while Lalama’s ability to long snap worked wonders for his career early on.

“Long-snapping is a secondary aspect of my game, but one that is so important,”  said Lalama

“It kept me around early in my career and in 2019 I snapped in four games for Montreal on top of starting at linebacker. It’s a huge feather in your cap and coaches see the value in someone who can do more.”

Crusaders Class of 2020 receiver Luke Cameron-Brandstrom embodies the “do more” attitude. He was the starting long snapper for the Cru in grade 11 and 12, while also taking first team reps as a senior for the ANAVETS Bowl champs.

Cameron-Brandstrom’s dad Anders was a major influence on him. He played offensive line when he was younger and also long-snapped, continuing in both roles for the Valley Huskers after high school.

“He made me fall in love with football,” recalled Cameron-Brandstrom, who played for Anders as a member of the Crescentwood Grizzlies/Corydon Comets.

“We would often go just in our backyard and throw the football around. He’d show me how he used to snap for the Chilliwack Valley Huskers. I thought it was just so cool. We’ve always been really close. Just talking about sports or our everyday life, we’re pretty open with each other.

He’s not afraid to lay into me if I have a bad play or a bad game. That just makes me a better player. I’m not the type of person who will take what my dad or the coach says personally. I know that he sees my potential and just wants me to get better. I think that’s what gives us a really close relationship.”

As a grade nine, Cameron-Brandstrom earned starting minutes in the playoffs for the Crusaders’ JV team. They advanced to the championship, upsetting Vincent Massey Collegiate to get there. He continued to progress in grade ten, with his sights set on making the first team varsity squad the following year.

What happened instead turned out to be a blessing in disguise.

The multi-faceted athlete played for St. Paul’s second varsity team, which was voted up to Division 1 prior to the 2018 season. The squad didn’t have a trained long snapper, and so Cameron-Brandstrom stepped up, leaning on the tips his dad gave him.

“I really liked the idea of trying [long-snapping], so I said you know what, I’ll give it a shot. What I learned from my dad just kind of came to me, and I remembered how he told me to do it. Obviously I wasn’t a top-notch long snapper when I was doing this, but I was alright and I was the best the team had.”

Early in the season, the Grizzlies alum learned a valuable lesson about preparation. He’d work on long-snapping at practice, but didn’t really train outside of the confines of his school. This approach had deadly consequences against Grant Park.

“We were pinned to our own 20 and we brought out the punt team. I was snapping well, but this one just went haywire on me and I missed the punter. They got the ball on their five and I backed the defence up. I thought well, that’s my bad. I did that. I got laid into, but I don’t take that personally. I use that to make myself a better player. From then on I was like if this is something that I want to do, I’ve really got to work hard at it. I started firing footballs at my fence and hitting targets and stuff like that.”

Embracing a growth mindset, Cameron-Brandstrom also enlisted the services of Lalama, who helped him perfect the craft. The duo would train together at 6 am, and the results were evident.

That summer, the soft-spoken pass-catcher made the Team Manitoba’s U18 squad, where he played on every special teams unit minus punt return. He also started at long-snapper in the team’s consolation final victory over British Columbia.

“He has matured into a leader, one with a relentless work ethic and one who leads by example, not with his words but with his actions. He’s a great receiver and has all the tools needed to be successful at the next level. His long-snapping ability is a game-changer as well. The old saying goes the more you can do, well, Luke can service his team and be accountable in more ways than one.”

Cameron-Brandstrom carried the momentum from U18 into the fall, where he made St. Paul’s top squad. Later that season after winning the ANAVETS Bowl, he shared a powerful moment with his father.

“There’s a picture of me hugging my dad on the bleachers, and I remember saying to him we did it. It was a group effort. He’s coached me ever since I was young, and I just remember having a long embrace.”

Just like his father, the receiver’s career will career at the junior football level. He committed to the Winnipeg Rifles last season and is patiently awaiting the return of the sport following COVID-19.

In the meantime, he’s continuing to train, and will be ready to lend his services in any capacity to the Grey Gunners once the sport is back.

“I picked up long-snapping, and I felt like that made a big impact on my career. The only thing you can do is work your butt off, and if you play with heart, football will eventually reward you.”