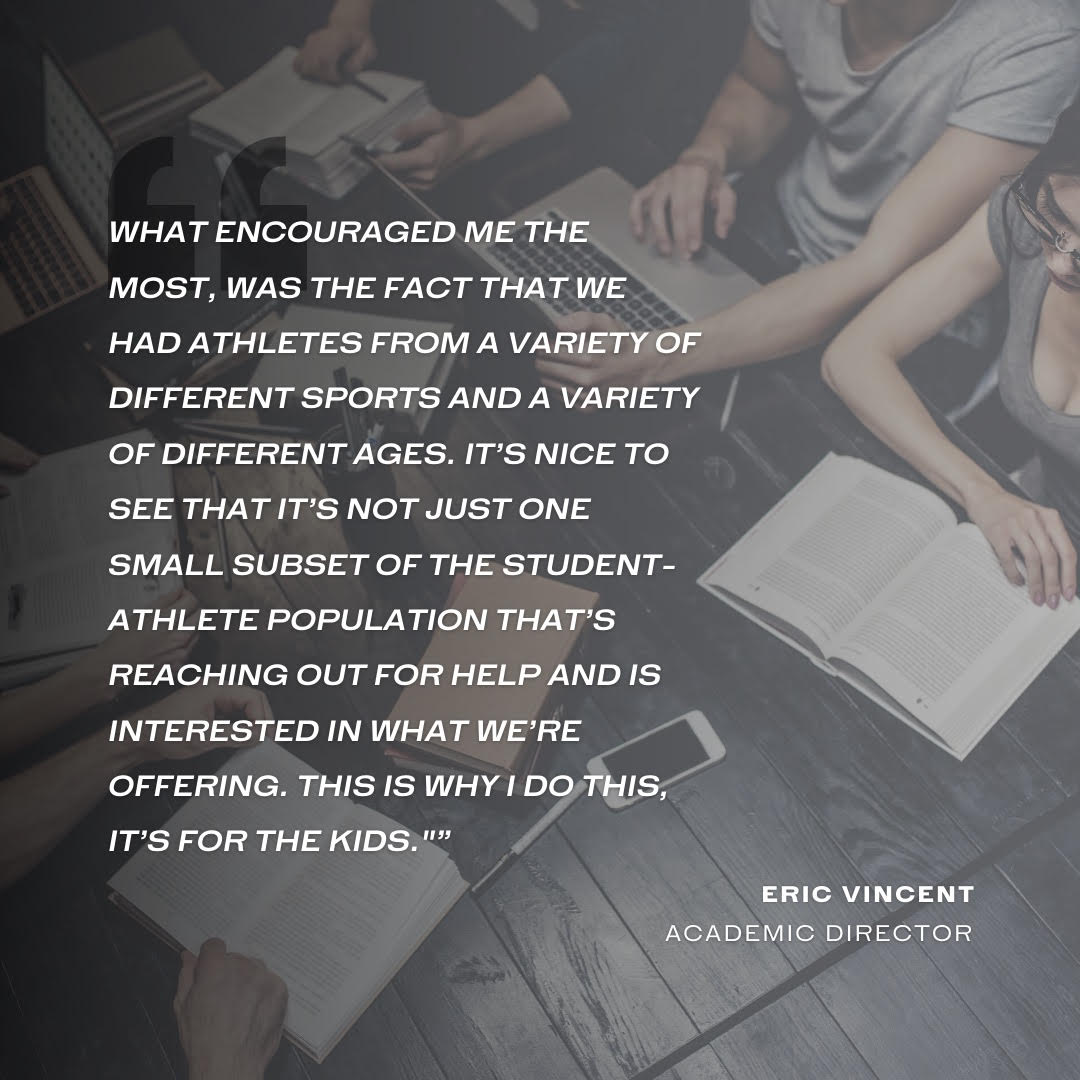 It was a successful first month of operation for Pro Prep Academics. Led by Academic Director Eric Vincent with support from Mitchell Harrison (transitional support and recruiting services) and Jayden McKoy (university support), the trio led a month’s worth of free virtual sessions aimed to set student-athletes up for success in the second semester.

Over the last month, athletes from high school all the way to university have taken advantage of Pro Prep’s services. They varied in location, with a few touching base from Edmonton. This past week’s discussion centred around the Pomodoro Technique for studying, while also addressing the needs of each participant via open conversation.

“What encouraged me the most, was the fact that we had athletes from a variety of different sports and a variety of different ages. It’s nice to see that it’s not just one small subset of the student-athlete population that’s reaching out for help and is interested in what we’re offering. This is why I do this, it’s for the kids,” said Vincent.

“I joked around on our call last time. I said in some instances, the one thing I like the most about a teams meeting is the fact that I get to have an authentic face-to-face conversation with a young student-athlete with no mask on, where we can actually read each other’s facial expressions. It’s as close as we can get in this day and age to that authentic in-person experience. That’s not something I get every day as a teacher now. I’m looking at 15 faces which are 60 percent covered up by their black mask. It’s a refreshing experience and a very powerful one.”

The Pomodoro Technique, referenced in detail by Vincent, was developed by Francesco Cirillo in the late 1980s. The technique uses a timer to break down work into 25-minute intervals, followed by a five-minute break or reward. It encourages you to work on one task, instead of being overwhelmed by multi-tasking.

“I’m a to-do list kind of guy. So that concept of having specific task items that are actionable is very helpful. One, I can visualize everything I’m doing. Two, psychologically, scratching stuff off your to-do list feels good. It allows you to harness all of that goal-setting and competitive nature,” said Vincent.

“When I was in university it used to be 45 minutes on, 15 off, and that’s what I always used to recommend to everyone I was working with. The 25, five I find really nice, because we know attention spans aren’t what they used to be. What we do with larger tasks, is we’re already breaking that task into smaller, actionable items. Even if it’s a 12-page essay, gathering my resources might be 25 minutes, that’s a Pomodoro, writing my thesis, that might be a Pomodoro.”

Vincent also introduced the Pro Prep study hall. The goal is to be able to break student-athletes up into small groups based on topics of study, while pairing them with a mentor.

“We want to create that safe space and that inclusive environment,” noted Vincent. “If we plan it during the day just like a sports practice, there’s an inherent sense of responsibility that you’re going to show up. There’s people waiting for me, I need to be there, as opposed to just studying whenever you can. You’re not nearly as motivated because there’s no consequences.”

For the next few months, Vincent, Harrison and McKoy will be aiding students in their transition to university or the upper high school ranks.

“We’ve got a couple of athletes who are asking about very specific transition programs. They in the decision-making mode, but they’re making that decision absent of official visits or sitting down with the coach. A couple of our student-athletes are going to be having discussions with Mitch directly in terms of what some of those transition options look like,” said Vincent.

“The other big one is growing our study hall. It’s about making sure that we’re not going beyond capacity, but slowly but surely adding more athletes and getting more people in with our team. Right now, that’s everywhere across the board from high school to university students and seeing them through the second semester.”